Philip Merris is the Captain of the Excalibur, one of Town Dock's dedicated fleet. He has been working in the fishing industry for over 35 years. “I’ve been a mate on just about every boat I’ve been on,” he says. When he was young, he worked a variety of odd jobs, but when a friend of his asked Merris to work as a crew member on his boat, “that’s how it all began…” 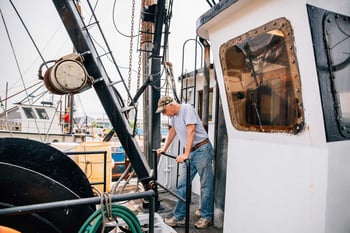 A Day in the Life

Having worked as captain for Town Dock for nearly seven years now, the typical day is never quite typical for Merris. “It depends!” he says. “A typical day in the summertime, you get up just before sun-up and tow up to the tow—make sure you get there first thing in the morning around 4:00 to 4:30 AM just before the sun comes up (which varies a bit). We haul back after a couple hours, see what’s in the net, and then we’ll go back out—either deeper or in the direction of someone else’s tow. When we think we’re in the best area, we will continue making tows ‘til sundown. We’ll spend four or five days doing the same thing, take a few days off to unload, clean the boat, grab ice, grub, fuel, and then go again.”

In the winter months, the routine is a bit different. “In the winter, it’s rougher because it’s a lot more dependent on the weather. There are little windows when the wind isn’t blowing so we’ll go someplace closer to the beach. We’ll move around depending on where the fish are and what’s going on.”

And fishing isn’t restricted to only the day time hours. “We might be able to fish around the clock (you can make longer tows at night). In the summer, it seems like as soon as the sun comes down all the fish come off bottom. In the winter, we’ll go around Hudson Canyon which is around 120 miles out, but most of the time we’ll go farther out – sometimes as far as Virginia.” 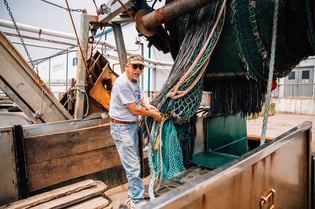 “Once the bag comes up, we’ll put boards in here and then we’ll lift the end up and all the fish will spill up. It goes into this conveyor and onto the flat belt where guys pick it. On most other boats, it goes elsewhere, but on this boat, it goes right up this conveyor and down that yellow shoot onto any deck plate we want. So far we’re the only boat that’s got that so it’s easier. The previous owner came up with that idea – I thought he was out of his mind, but it saves a lot of time.”

On the Excalibur, it’s just Merris and his three crew members who catch primarily squid, scup, butterfish, whiting and groundfish. When asked about his favorite part of his job, Merris says, “The freedom. I’m responsible to keep my crew safe, to make money, to make sure the boat makes money. You’re free on the open water. I like being out on the open ocean.” And as for his experience with The Town Dock, he appreciates that they have “their own fleet and they’re always looking for the best possible product.”

Town Dock prides itself on their commitment to quality, and this all begins with our dedicated, hardworking fishermen. We thank them for their contributions to the success of our organization and for always holding squid to a higher standard.

Some responses have been edited and condensed for clarity. 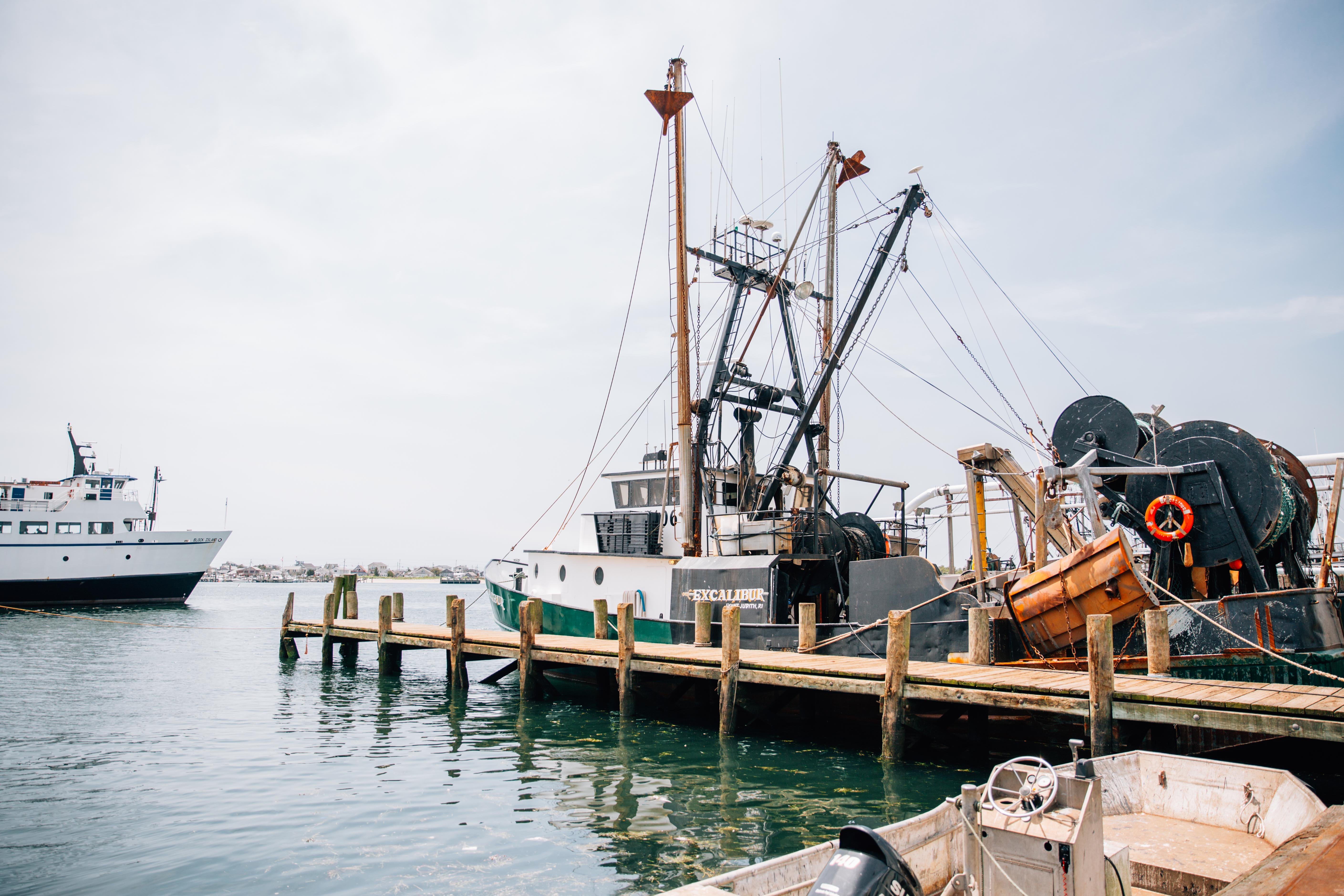