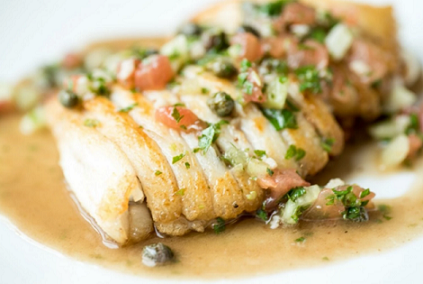 Skate, called “a perplexing fish” by journalist Bonnie Benwick, has recently started gaining more attention by chefs, restaurants, and industry experts alike. The Town Dock’s Director of Purchasing, Mike Roderick, was recently quoted in The Washington Post discussing the upsides of skate fish, “a victim of misinformation”, and its rising demand in the market.

The article, “If skate wing is so cheap and plentiful and popular, why aren’t we eating more of it?”, calls attention to just that. Skate is popular at some of the best restaurants in the country, but it’s almost never purchased to be cooked at home. This may be due to some of its widely recognized cons – inferior, improperly handled skate can have a very strong ammonia odor, but if it’s too fresh, it can be tough and labor-intensive. That being said, the demand for skate has increased over the past four to five years, especially in major cities such as Chicago and New York. As Mike states in the article, “It is wild, USA-caught, and more people should be eating it”. Town Dock’s catch from the East Coast “gets a good rating on Monterey Bay’s Seafood Watch List” which makes recommendations that help consumers and businesses choose seafood that's fished or farmed in ways that have less impact on the environment. 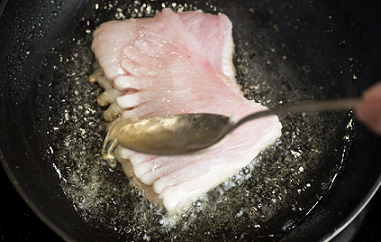 Photographs courtesy of Dixie D. Vereen /
For The Washington Post

Described as strikingly beautiful and tender, pan-cooked skate holds a mild, yet distinctive flavor. If you’ve never experienced it, try The Washington Post’s recipe highlighted at the bottom of the article: Skate Wing with Brown Butter, Garlic, and Arugula. To read the full feature, visit: http://wapo.st/298fMDF

Interested in learning more about ordering skate or any of our other products?