This March, we celebrated the 41st anniversary of The Town Dock. In obvious ways, it’s been a year unlike any other; in some ways, it was just another year on the dock.

In early March of 2020, we were in the middle of planning a 40th anniversary party; we were in the final stages of preparations for Seafood Expo North America (SENA); we were an office- and dock-based company with an open-door culture and monthly onsite employee engagement events.

In mid-March, everyone who could pack up and work from home did. Our anniversary party and SENA were pushed back and rescheduled. As restaurants shuttered nationwide, things seemed bleak.

As the saying goes, difficult times don’t change who you are; they reveal it. The resilience, dedication, and creativity of our teams shone through. Processes that had worked for years, until just now, were redesigned to be handled virtually or streamlined and made safe for the times. Our manufacturing teams on the floor reimagined their workflow and worked hard through constantly changing recommendations and state and federal guidance. Our open-office-doors and engagement events – even our annual holiday party – went virtual. And of course, squid and fresh fish kept coming in at the docks.

After more than 40 years in business, we were well aware that there are good times and that, for various reasons, there will be downturns and disruptions. Over the years, we’ve been careful in planning for these times, cultivating plans around personnel, inventory, and capital to help us through difficult periods.

As a result of the hard work of our teams, strategic decisions made before and during the pandemic, and a little bit of luck, The Town Dock weathered the storm. We continue to move forward through the ongoing supply chain disruptions and maintain a positive outlook for later in the year.

“We are confident in The Town Dock providing another 40 years of the best quality squid the ocean has to offer.  It was a hard year for a lot of companies, and we are fortunate that we made it through as well as we did,” said Ryan Clark, President & CEO.

While we couldn’t celebrate as a group just yet, a few employees sent their birthday wishes from their offices and homes. 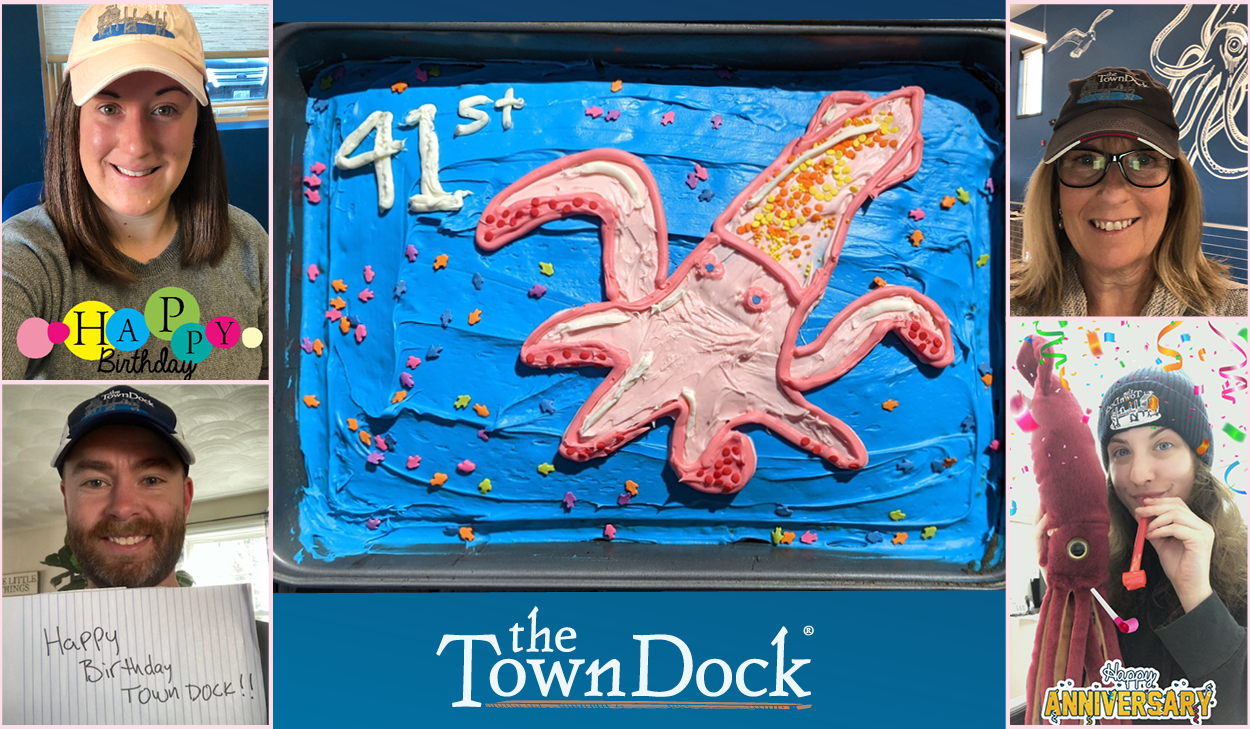